Florida got off to another slow start tonight against Towson, taking a tied game into the halftime break, 30-30. However, things picked up in the second half as the Gators battled a scrappy Tigers team, pulling out a 66-60 victory.

It was a coming out party for the freshmen as they led the Gators in scoring tonight. Most notably, the Gators had a new starter in the line-up, as the nation’s No. 7 overall recruit in last year’s class, Scottie Lewis took the spot of Noah Locke at the tip. Lewis finished with a game high 15 points on 5-8 shooting.

The freshmen are starting to find their respective roles, and you can see the team starting the gel.

The Gators, although in a dog fight with a good Towson team, were a notably different basketball team tonight. There was much less action on the high ball screens and the team seemed to run more cuts on offense. This led to many more open opportunities that the Gators were able to take advantage of.

Noticeably, in crunch time, we only saw one freshman on the court.

– Florida will start seeing more of this freshman class, as they are as good as advertised.

– Scottie Lewis should continue to start for the Gators, as many see him as a one-and-done prospect.

– Florida looks like a new team, and ready to compete for an SEC and NCAA championship tonight. They just have to continue to get comfortable around each other.

Florida travels to the frigid northeast for a battle with UCONN and the first road test of the year. 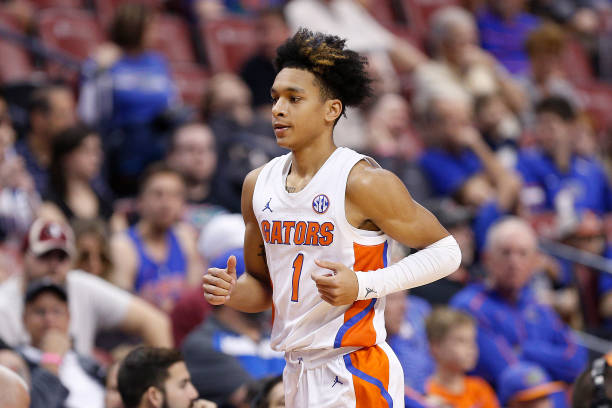